One of the oddest truths in modern American society is that a lot of poor people are fat.  As I talked about in Survival of the Fattest, starvation has always been the problem, not obesity.  But our modern poor are far more affluent than their counterparts of even a century ago, and the staple foods that once kept the wolf from the door (bread, noodles, cereals, rice and beans, etc.) are now side dishes for higher protein, higher fat entrees.  And with middle-income folks finding they no longer have to plan meals because there’s a Burger Sovereign on every corner, we’ve got a huge segment of the population eating poorly.

A friend of mine recently had back surgery, and his doctor refused to do the surgery until my friend dropped some weight, as the extra poundage was a major contributor to the back pain.  His doctor told him something that he found odd– the doctor said to keep track of what he spent on food for a month, then double it the next month.  That’s all.  No direction on what to eat, just to spend twice as much on food as he had the previous month.  Suddenly he and his wife had  to rethink their meal patterns– filet instead of hamburger; salmon, tuna steaks, asparagus and mushrooms.  Meals that had been for special occasions now happened every day.  My friend figured the doctor was nuts, and wondered what the doctor would say when he gained weight from all this fabulous food.  The appointment day arrived, and the scale said– my friend had lost nine pounds.  Huh?

There are a number of factors at work here.  First, high-quality proteins tend to be leaner than low-quality proteins.  Unless you buy the fattiest ribeye you can find, an average-sized steak is going to have less fat than the same serving of hamburger meat, and since a lot of it is on the outside of the cut, it’s probably going to stay on your plate or end up in your dog’s dish.  That fat all goes into the grinder for hamburger, and unless you cook it to death and drain it completely, that fat is going right in your mouth.

Second, we think differently about sides.  Nobody puts a nice steak on a bun and covers it in mayo and ketchup.  And even with butter, a baked potato is lower in fat and calories than fries (just avoid that whole “loaded” concept).  Salad?  You’re more likely to have a green salad with fresh veggies along with your steak; that burger is begging for potato or pasta salad, baked beans, potato chips, etc.  Think about your entire meal at a steakhouse versus your typical Burger Sovereign or outdoor BBQ meal.

What’s probably most important, though, is the concept of thinking about your food, planning it, and enjoying it.  You take more time with a “special” meal, and you enjoy it more.  People talk about “grabbing a burger”; when was the last time you heard someone talking about “grabbing” filet mignon?  The more you savor your food, the more satisfied you are, and the less you eat in the long run.  You may also find some new foods that you never knew you liked.  Being willing to spend more on your food will show you the difference quality makes in most foods (here’s one– cheap caviar is disgusting, but a good malossol sevruga is one of the best things on the planet).  This stuff is going into your body; it is the fuel you are using to think, move, do your job, and care for your family.  Aren’t you worth more than a greasy burger and soggy fries, or a plate of Hamburger Helper? 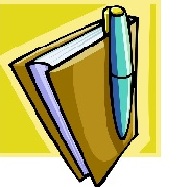 We often eat without thinking about it.  The more available food is, the more we are likely to consume it without considering whether we really want it.  The nut bowl on your coffee table will magically empty.  We’ll forget that handful of potato chips we grabbed.  Don’t I have a half a soda or a half-drunk cup of coffee sitting somewhere?

Keeping a food journal is an interesting diet exercise.  Don’t make any other changes in your eating habits, just follow this one rule: nothing (but water) goes in your mouth before you write it down.  I don’t mean you have to write down pretzel by pretzel, but “a handful of nuts” or  “a soda” or “cereal and milk”.  Write first, then eat.  If you eat something and think you’ll write it down later, you won’t.

Most people find they eat less and lose weight, through the simple act of writing down what they eat.  Whether they feel guilty (“I’m taking a spoon to a jar of strawberry jam” looks even worse when you write it down), or it’s just too much trouble (“I’d like to grab a handful of Doritos, but it’s not worth finding a pen”), they’ll change their behavior.  Try it; you’ll be amazed at the end of a week what you haven’t eaten.

…And For the Advanced Class..

Once you are in the habit of journaling what goes into your mouth, and a new column– when.  Note not only what you consumed, but the approximate time (to the half-hour is close enough).  This will give you two incredibly useful pieces of information.  First, it will let you know how often you are eating between meals, or skipping proper meals and then over-snacking.  Second, and even better, you’ll be able to track when you felt the need to eat shortly after eating something else, and what that something else was.  You may find that you weren’t hungry for hours after your whole-grain cereal, but 40 minutes after a candy bar, you were jonesing for something to nibble.  You may find, like me, that you can eat Cocoa Puffs and be satisfied until lunchtime, but have eggs and you’ll be ravenous by 10:30.  Journaling can be used as a tool for discovering the foods that trigger you to eat more.

If you’re game for even more homework, note down periodically how you feel.  You may not be hungry, but are you dragging?  Queasy?  Energized?  A couple of weeks should allow you to gather enough data to flag any foods that are making you feel less than zippy, as well as foods that make you feel good.  You might find an ideal combination of satisfying foods that get your engine firing on all cylinders.  Whether or not you lose weight, you’ll feel better.

The busier our lives get, the less likely we are to remember what we ate yesterday, let alone when, and how it made us feel.  How can we possibly expect to control our diets when we don’t have any information on which to base our food choices?  Want to know?  Write it down.