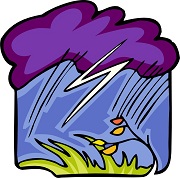 If you were ever near a TV in the 70s, you probably remember the series of ads where an off-camera narrator tried to foist Chiffon Margarine off on Mother Nature instead of butter.  She responded with the phrase, “It’s not nice to fool Mother Nature,” accompanied by thunder and lightning to express her displeasure.  It’s a shame we can’t seem to take the lesson to heart.

In the era of the commercial campaign in question, American consumers were switching to margarine as a “healthy alternative” to the saturated fat of butter.  It was decades before research revealed that the trans fats used in most margarines were at least as bad as the saturated fat, if not worse.  For some reason, our bodies don’t seem to know what to do with trans fats except use them to coat our arteries.  You’re better off (yippee!) with butter.

The scientific community is still fighting over the possible explanations of the “French Paradox,” namely, how a country that drowns everything in butter manages a relatively low rate of heart disease.  Some argue that the diets of pregnant women have an impact on the developing fetus such that the baby “learns” before birth how to handle saturated fat.  Some believe it’s simply that we are better able to fully metabolize natural fats, as the French diet is low in hydrogenated or otherwise chemically manipulated fats.  The low-carb pundits would have you believe that’s the answer; obviously, they haven’t been to a French bakery lately.  Sadly, the impact of red wine has been thoroughly debunked (but I’m having a glass just to be on the safe side).

Whatever the explanation turns out to be, there is a general consensus in the medical community that a diet high in natural saturated fat is not the ticking time bomb it was once thought to be.  So be aware that butter is hugely high in fat and calories, but if you want it, have it.  It’s probably better for you in the long run than anything that pretends to be butter but isn’t.

I’m also thrilled that there is new evidence of the evils of artificial sweeteners.  Recent studies at the University of Texas, San Antonio, have revealed a high correlation between people who drink diet soda and the development of obesity.  Yep, not regular soda, diet soda.  They aren’t suggesting that artificial sweetener directly causes weight gain, but that something in the behavior of people who use a lot of artificial sweetener puts them at risk for obesity.  As one of the lead researchers says, you can fool your tongue, but not your brain.  Your body is expecting a certain metabolic effect from sugar that it doesn’t receive; your angry brain may actually cause you to crave the calories it has been unjustly denied.  How many times have you heard the joke about, “I’ll have a candy bar and a diet soda”?

We live in an era where “light” versions of things abound, yet we are fatter than ever.  That’s because we still have to please our fat-loving taste buds, so when you take something out, you have to put something else in.  Take out fat, and typically they put in starch, which turns to sugar the second it hits your saliva (remember that from 7th grade science class?).  Take out sugar, in go chemicals that fool your tongue but not your brain.  The more we try to fool Mother Nature, the less satisfied we feel, and the fatter we get.

As the saying goes, don’t do the crime if you can’t do the time.  If you want a sweet drink, have it with sugar.  At least your body will know what it’s getting.  Have butter, mayo and cream cheese.  Do you want a no-fail product with half the fat and calories of a stick of butter that still tastes exactly like butter?  I have it.  HALF a stick of butter.  Want half the sugar of a 16-oz Coke?  Drink 8 ounces.  It’s that easy.  Decide how many calories you want to take in, and portion out that much of the real thing (no pun on old Coke slogans intended), not some feeble imitation.  Your taste buds will thank you, and so will your waist line.  And Mother Nature can turn off the lightning.