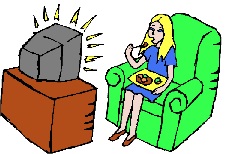 I have a good friend with whom I used to go to lunch often.  We both worked in Downtown Highrise Hell, and when one of us was having a bad day, we’d call the other one and give the code word that meant, “Horrible morning– must have alcohol, gripe time, and retail therapy.”  We eventually decided that though the alcohol and gripe time was sometimes a necessity (as a socially acceptable alternative to homicide), we needed to either stop the shopping or start looking for divorce attorneys.

What was wrong with shopping together?  Almost everything.  First, we’d usually had cocktails, so our critical reasoning was a little less sharp than it might have been.  Second, we’d spent our lunch conversation being supportive of one another, as in,  “I don’t know how you put up with those people, you deserve to be treated so much better.”  Take a little righteous indignation and a sympathetic girlfriend shopping, and between the three of you, you’ll decide that you need, want, and above all, deserve that designer gown that costs an entire paycheck.

Enter QVC, the Home Shopping Network, and all those other channels whose sole goal in life is to separate you from as much of your money as possible.  You know it’s a bad idea, right?  Like eating a dozen Krispy Kreme donuts by yourself?  But you still can’t fight it?  There’s help.  Let’s look at some of the techniques they’re using to short-circuit your common sense, so maybe you’ll spot them in the future…

Notice how there’s rarely one person selling you someone?  Usually two?  This serves a couple of functions.  First, it puts you in a “just friends having a chat” mindset instead of one where you might actually evaluate their statements for content.  Second, and more importantly, it allows them to sneak in phrases like, “That’s right” and, “I know” until you begin to feel out-of-touch if you don’t agree with their opinions.  Sad as it sounds, no matter how ugly that piece of jewelry is, if they hammer at you for ten minutes gushing, “Isn’t it beautiful?”  “I know, have you ever seen anything like it?  I bet it’s going to be very popular!”  “That’s right, <number in the hundreds> people have already called in!” you are going to question your own taste before you question theirs.  It’s brainwashing.  It’s all the worst things about shopping with a friend without the one good thing, that your actual friend doesn’t get paid to make you spend money.

Depending on what’s being sold, they may interview “experts” to assure you that you are placing your health and your family’s at risk unless you buy <X> immediately.  Infomercials take this to the extreme by designing a set to look like a news program so you’ll unconsciously accept that the content is non-fiction.  Katie Couric wouldn’t lie.

People who audition for shopping networks don’t have to know a thing about the product (in fact, it’s often better if they don’t, so they can be astonished by the presenter), but they must have one skill– the ability to NEVER stop talking.  Silence will literally never fall.  If it looks like the host is about to pass out from lack of oxygen, the presenter will jump in over the host’s patter with the next amazing feature of the product.  This creates a “runaway train” feel that has been successful for centuries in allowing auctioneers to get people to pay too much for an item.  You don’t want to fall off the train, and you don’t want to get left behind.  It gets worse near the end of a presentation segment where they actually put a countdown clock on the screen to let you know how quickly TIME IS RUNNING OUT.  This is also where they’ll stick in the helpful suggestion that this would make a perfect gift, so you should buy several.  They know that you have totally abandoned reason by this point, so if they suggest you get an extra set of steak knives to use as lawn ornaments, you won’t hesitate.

You have to buy NOW because we only have a few, the mold is being retired, she’s not going to make any more for at least two years, this payment plan is only available for the next ten minutes.  It’s absolutely critical that they convince you to buy it now, because if you don’t, you might go online and discover that there are hundreds of them available for cheaper.  Or worse, you may take a breath and decide you don’t really need a sterling silver eyeball after all (I’m not kidding, a sterling silver eyeball).

If you can’t break the home-shopping viewing habit, get some real value from it.  Invite some friends over and turn it into a drinking game or QVC Bingo.  Take one drink or cover a square every time you hear one of these phrases:

Cover center square or take two drinks for “SOLD OUT.”  You’ll enjoy it just as much, and you will have more money (and less junk) to show for it.