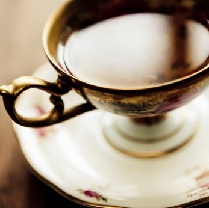 If you’ve tried keeping a Food Journal, you may have noticed that the most heinous offenses against sensible eating seem to happen in the late afternoon.  That’s when you reach for the potato chips, the cookies, the granola bars (or the Snickers), plus something to wash it down with.  With very little effort, you may find that you have consumed an entire meal’s worth of calories in that “snack” meant to tide you over until dinner.

Why should this be?  Part scheduling, part boredom, part actual hunger.  Most people in the financial district have a strict policy to leave for lunch at 11:30 to “beat the lunch rush.”  Of course, since everybody does it, we ARE the lunch rush.  If we were honest, we’d admit that it helps the morning end more quickly, and since most of us are on our third cup of coffee by then, we need to get up and move (at least to the bathroom) anyway.  This is incredibly short-sighted when you think about it, because since few of us will actually be out the door at 5:00 we have made a long afternoon even longer by starting it at 12:30 instead of 1:00 or after.

The same thing happens at home.  You get the kids on the bus, the kitchen tidied and the laundry started, and since you didn’t eat when you fed the kids, you figure you might as well eat now before you get involved in some big project.  Then soccer practice runs late, or Dad gets delayed at the office, and dinner gets pushed further and further back.  You look at the clock and realize that dinner is at least another couple hours away, and you’re hungry.

Our English Allies to the Rescue

Our friends across the pond came up with an elegant solution to the problem– tea time.  At 4:00, everybody takes a break for a cuppa, and maybe a biscuit (a cookie) or a sausage roll (kind of like a pig-in-a-blanket but way better).  It’s a mini-meal that leaves you satisfied and ready to face the rest of your afternoon.  Among the upper class, of course, it is elevated to an enormous meal with courses of sandwiches, scones, and sweets.  Since the elegant may not dine until 9:00, they actually think they need a larger meal at 4:00.  (Here’s a travel tip:  If you’re ever stuck in Britain without a dinner reservation on an occasion like Valentine’s Day when everyone is all booked up, ask if they will seat you at 5:00.  Since their reservations don’t normally start until 7:00, they’ll know they can serve you and clear the table before the booking after you, and they’ll probably agree.  Just don’t be surprised if they ask you where in the States you come from, because only Americans will eat at 5:00.)

It’s not important that it be tea if you don’t like tea, but part of the ritual of taking the break is in the steeping and serving (ask the Japanese– drinking the tea is the least important part of the classical tea ceremony).  It’s not only important to put something in your mouth, but to take pleasure in it and focus on it for just a few minutes.  If you can put it in a pretty cup, even better.  I love making a full cream tea in place of a weekend meal; I make a mean scone, and I love cucumber sandwiches (though smoked salmon is even better).  Pepperidge Farm Very Thin breads work really well for tea sandwiches (only 45 calories per slice).  Finish with a tiny but amazing cookie like Bahlsen Afrika (22 calories per cookie), and for the calories in a handful of potato chips you can have an elegant little meal break that will keep you going happily until whenever dinner finally happens.

So take a tip from the English and take a few minutes for yourself when the clock strikes four.  You’ll never dread the afternoon again, and you won’t miss the potato chips.

* with apologies to Saint John of the Cross, who described “the long, dark night of the soul,” and Douglas Adams, who borrowed the phrase for his book, The Long, Dark Tea-Time of the Soul.