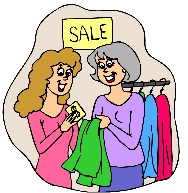 As the Krispy Kreme donut is to your diet, so the merchandise liquidator is to your budget.  These are stores that, rather than carrying a well-researched line of merchandise you’ll want and use, carry whatever they can get cheaply and unload to you quickly at a low price.  From the low-end Dollar Store, Dollar General, Poundland, etc. to warehouse wonderlands like Dirt Cheap, Treasure Hunt, Big Lots, etc., merchandise liquidators are out to make you an offer you can’t refuse.  And if things go well (for them), they’ll end up with your money and you’ll end up with a bunch of stuff, some of which you might actually want, and some of which will make you scratch your head and wonder what you were thinking.

I’ll tell you what you were thinking– you weren’t.  The industry relies on it.  Check out this website for a company that sells to liquidator chains.  Note the sentence, “Studies have demonstrated that items that have a retail of $20.00 or lower and that are considered functional, decorative or gift related, often appeal to Impulse Buyers.”  They have done extensive market research and concluded, rightly in many cases, that as long as it’s under $20 they can sell you almost anything that isn’t outright garbage.  If it’s more than $20, your brain will kick in and think, do I really want this?  Under $20, the “ooh, shiny” hits your animal brain and you rush like a magpie to take your treasure home.  Unfortunately, it doesn’t take many under-$20 bargains to run into serious money.

Now, just like I freely admit that I occasionally patronize my local Krispy Kreme, I also admit that I have spent many happy hours in Dirt Cheap stores.  I have some killer deals to show for it.  But I go in recognizing it for the potential mine field it is, armed with some questions:

“IS this a bargain?  Would I cheerfully pay twice as much for this?”
“Do I know right now where this is going (e.g., Mary will love this as her birthday gift, These shoes will be so cute with my little black dress, This is exactly what I’ve been looking for as a bedspread for the guest room, etc.)?”
“Will I be kicking myself tomorrow when I come back for this and it’s gone?”

If you can answer “yes” to all questions, it’s unlikely to be a purchase you’ll regret.  You should also go in with a hard budget, because five $10 deals still add up to $50.  Figure out ahead of time how much you can afford to spend, and prioritize your “deals” accordingly.

Between sales, discount chains like Walmart, and merchandise liquidators, we’ve become alarmingly unaware of what the stuff we buy is worth.  That allows liquidators to mix some low-end merchandise in with the bargains and maximize their profits.  Everything might be $10, but some of that $10 merchandise is worth $50, some of it is worth $10, and some is worth $5.  And unless you learn to look past the price to the actual worth, you may walk out of the uber-discount place having spent a fortune and saved precisely nothing.

My mother always said, “Buy the best quality you can afford, and then take good care of it.”  If you want a fun tee to wear to hand out Halloween candy (and possibly never again), by all means, buy it for $9.99 at Walmart.   If it’s going to be a staple of your wardrobe, you might want to learn what high-quality cotton feels like and what high-quality stitching looks like (go into a high-end store and handle the goods, even if you don’t intend to buy anything).  Otherwise, you’ll say bad words every time you wash the T-shirt, go to fold it, and realize that the seams no longer line up because the cheap fabric was stretched during manufacture.  Eventually, you’ll just throw it out and replace it, and if you don’t replace it with something of higher quality, you’ll start the cycle again.  Spend a little more for something that is worth a little more, and you’ll have a garment you’ll enjoy for years.  Concentrate on wardrobe basics that won’t go out of style quickly–solid tees, tailored shirts, silk blouses, basic jeans, slacks, blazers, coats.  If it’s this season’s must-have novelty item (and you must have it), get it as cheaply as you can, because the odds that you’ll be wearing it beyond a few months are low.

The same thing is true for your home items.  I still have the Sunbeam mixer my mother bought in the 50s, so when I bought my first mixer, I bought a Sunbeam.  After not one but two Sunbeams had burned out motors on me (I use my mixer a lot), I was forced to conclude that “they weren’t makin’ ’em like they used to” and I bit the bullet and bought a KitchenAid, which has given me hundreds of hours of trouble-free service.  It cost three times what the Sunbeam cost, but by now I figure I’d be on my eighth or ninth Sunbeam, so I’m actually still ahead with the higher-quality purchase.

By all means, try to make your best deal on the items you truly want and need.  If you’re flexible about, say, color, you can go to your local car dealership and ask to see what the dealers are driving; buy a dealer model and even if he’s only driven it off the lot once, they have to sell it as dealer-used.  Dealer’s cars are usually fully-loaded, and normally still under full “new” factory warranty, but thousands of dollars cheaper than the cars that haven’t left the lot.  It’s a good way to get more car for less money.  Don’t ever spend more than you have to, but never be afraid to spend a little more to get a lot more quality.  No matter how cheap “cheap” is, three times “cheap” is usually still more than one times “nice,” and not nearly as satisfying.